Showplace Square – Loft #B10 is a 2 bedroom, 2.5 bathroom tri-level loft that combines modern design-inspired finishes with classic industrial elements in a grand, unforgettable space. Located in sunny Potrero Hill, this home delivers on every loft essential – undivided living space, soaring double-height ceilings, industrial scale operable windows on three sides, and a courtyard-level studio space with a second private entrance and flex office / Zoom Room. Take advantage of this rare opportunity to operate your own start-up suite with a live-work loft above or optimize as a spacious loft and grand full floor master suite.

On the lower floor, a well-sized studio level that offers a blank canvas to creative entrepreneurs looking for an office/art space. The studio has courtyard access and features extra high ceilings, concrete floors, a half bathroom, and could also serve well as a media room or second bedroom. The upper level mezzanine features a lofted sleeping area with ample light and a design-inspired en-suite bath with custom tile-work and a glass-enclosed shower. 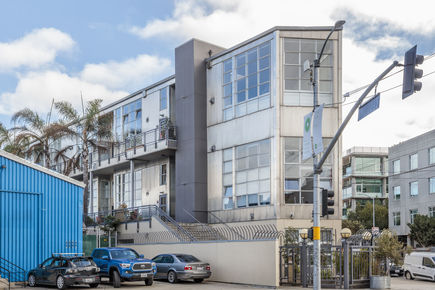 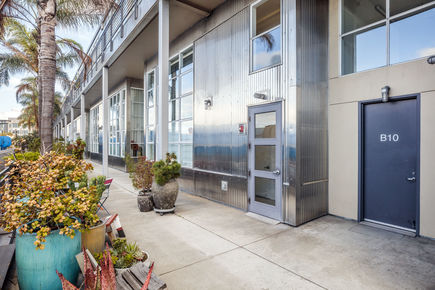 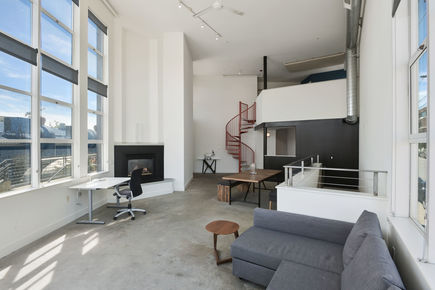 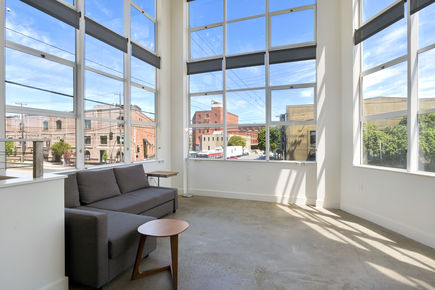 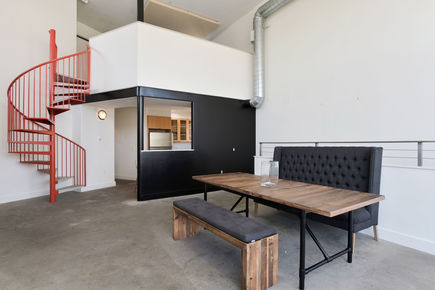 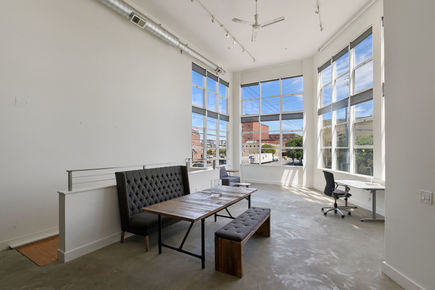 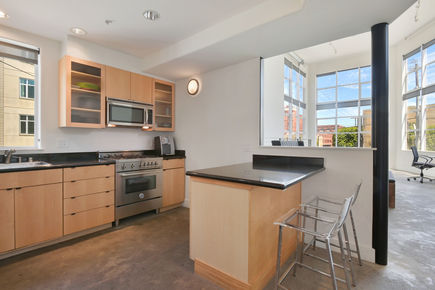 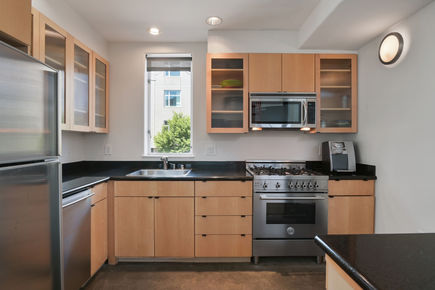 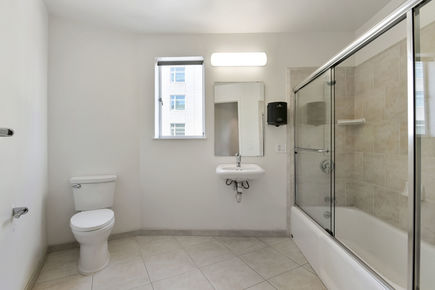 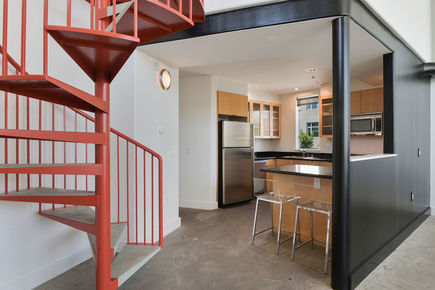 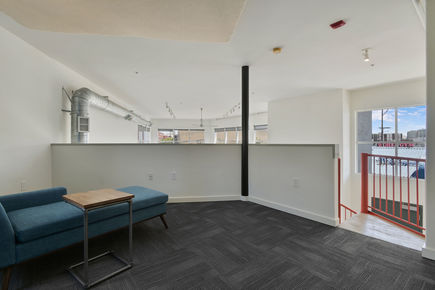 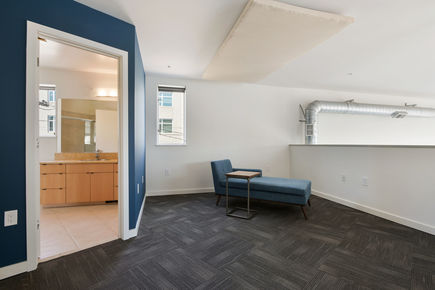 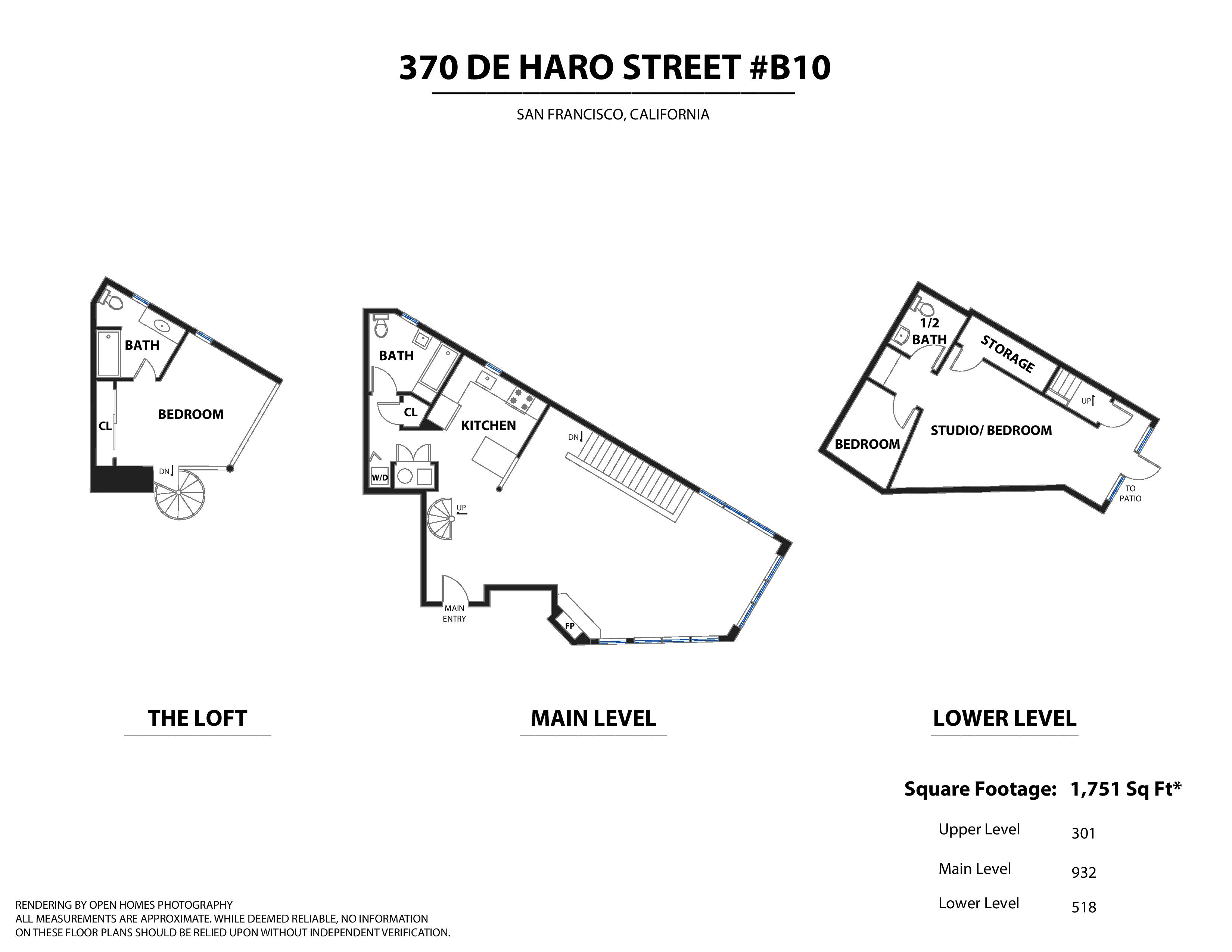 Potrero Hill is a residential neighborhood in San Francisco, California. It is known for its views of the San Francisco Bay and city skyline, its proximity to many destination spots, its sunny weather, and having two freeways and a Caltrain station.A working-class neighborhood until gentrification in the 1990s, it is now an upper-middle-class, family-oriented neighborhood.Potrero Hill is one of the sunniest neighborhoods in San Francisco, located on the eastern side of the peninsula and flanked by the San Francisco Bay. It is insulated from the fog and chill of the Pacific Ocean that is typical on the western side of the city. It is a residential neighborhood and not considered a tourist destination. Although it is not the most walkable neighborhood in San Francisco due to its hills, it is generally considered a very convenient location due to its proximity to offices, shopping, dining, entertainment, freeways and a Caltrain station. Despite being surrounded by busy neighborhoods, and featuring a thriving commercial area on 18th St., Potrero Hill is generally quiet and sleepy. According to Google Earth the highest point is near the intersection of Carolina and 22nd streets at 320 feet above sea level and close to the center of the neighborhood